Africa is a Continent not a Country

Today an annoying incident occurred not for the first, second, third or fourth time. In fact it has occurred so many times in my time in Sweden that I have lost count.

Standing in line for coffee today chitchatting to unknown gentleman 2 minutes into conversation.

he says : Where are you from?

Him: Do you know a guy named Kofi he is from Africa too?

Me: Erhh no Me: Do you know Johan?

Now this occurs to most black people at different points in their life, if you live in the western world media constantly refers to the entire continent (54 countries and 3000 languages) as Africa the country.

Headlines read “disaster in Africa” “starvation Crisis in Africa” and basically whenever there is anything with a negative impact the entire continent is implicated. In contrast if something occurs in Europe headlines read “attack in France” “terrorists strike in Italy” etc….it even goes as far as listing in one sentence countries such as India, Poland, Germany by themselves but in the same sentence refer to Nigeria as “Africa” .

Do people who entertain the ignorant idea of Africa as a country comprehend the extent of their ignorance when they make blanket and sweeping statements as the one above? I think not….because if in fact I were to walk up to random Swedish people asking them whether they know Anders, Johan, Erik and so forth even though Sweden is nowhere comparable to the Entire Africa in size the look on their face would tell me quite blatantly that I am in fact an idiot, so why is it on the flip side ok to ask me if I know Kofi, or Benita, or Alice from Africa? 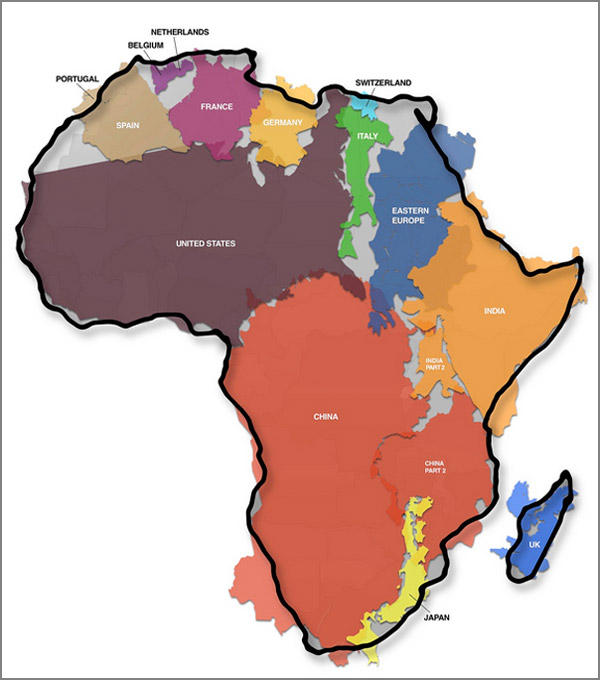 If you are reading this and find yourself guilty of committing this crime then mark today as the day you get your facts right about my Beloved continent so you can “come correct” the next time you deign it your responsibility to belittle and demean an entire continent as one singular country. If on the other hand you are reading this and know that you have been subjected to this question more than you would like to admit then arm yourself with information and quick witted responses so you can stick it to the next ignoramus who makes this statement, in fact make it your duty to correct anyone before the conversation even runs deep….who knows you might just be saving a sister or brother from having to be subjected to the same questions by said person in the future.

Now lets break it down by looking at what the differences are between a continent and a country in accordance to the Oxford Dictionary.

A Continent is a continuous expanse of land

A Country, which is a nation with its own government, occupying a particular territory

so in short, Africa is not a country because it does not have a singular government, it is merely an area of land which is occupied by 54 (fully recognized) independent countries, each with their own distinct governments. For example Nigeria is a country, Benin is a country, The Gambia is a country but if you combine all the countries they constitute a CONTINENT.

The problem why so many people seem to get the differences wrong is because the Western world has an image problem when it comes to the African continent, Generally very little news about the continent is positive….and more often than not when news coverage speaks of the continent its always to show images of starvation, catastrophes and epidemics. No wonder the majority of the western world conflates over 1 billion people as one entity, as one single country. It has gone on for so long and to the extent that even if media reports a specific issue of one country by the time it starts to be a discussion everyone refers to it as an “African” problem. A recent example being the news headline of alcoholism rising in Kenya….suddenly the entire African continent are alcoholics.

In conversations at my previous workplace once they have learnt to discern that my heritage is Gambian…..it still does not register to them that I did not come to Sweden Starved and running from an epidemic….i know this is what they are thinking because once I actually talk about my home, my family and my quality of life in the Gambia I can read the surprise and incredulity in their faces as if they wish they could articulate it as -. “oh my so you mean to tell us that you weren’t running around, half naked, semi starved with a spear in your hand chasing a poor lion in the savannahs of The Gambia”. (insert side eye emoji right here) 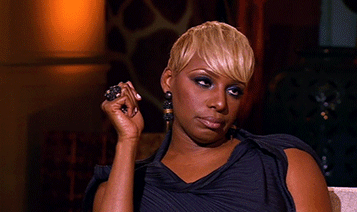 My message to westerners and non-westerners alike who think Africa is a country is plain and simply:

“it is not my job to educate you, information is free of charge even if you never attended a university you most likely have a computer or phone connected to the internet and in 2016 there is no justifiable reason to remain ignorant. There is no longer an excuse to make   mistakes that cause terribly awkward situations for people, there is also no reason why you need to take up a person’s precious time just to spew pure and plain ignorance in its purest form….”

I can already hear the outrage and the excuses “ I didn’t mean it that way” “of course I know Africa is a continent” and these outraged persons are the same persons that in the blink of an eye will yet again…..for the thousandth and 20th time make a statement like “Is Lovette a typical African name?)

You may ask why write this piece if it was only a one time occurrence….my response is that I have lived a majority of my adult life in Sweden and I have encountered these statements in various forms each and every time I meet new people….now I can just send them this link so they can fully understand why this is such an annoying question…. Perhaps who knows maybe they may even take up the challenge and learn a bit more about my Beloved continent Africa and maybe even my countries of heritage The Gambia, Ivory Coast, Sierra Leone and Nigeria.

A very peeved Lovette in Sweden